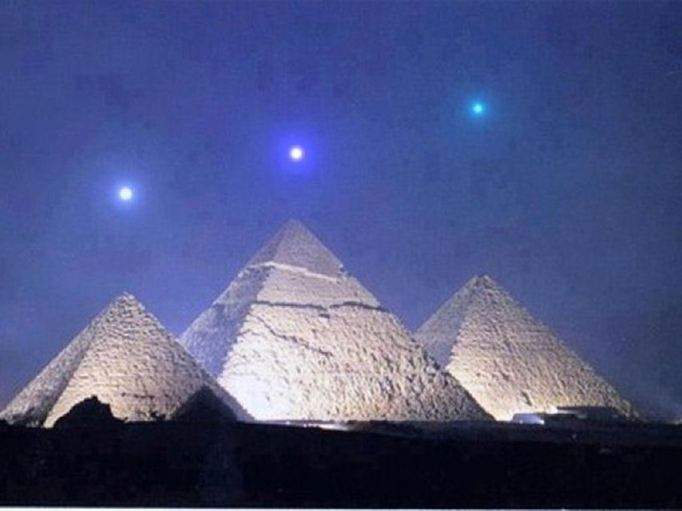 It is synchronous that at a time of new beginnings and a New Year, I have made yet another shift in concsiousness.  I have been on pilgrimage to Egypt; called to serve by the Master Chohan of the Fourth Ray, Serapis Bey.

Each one of us is on a Path of Light, it merely remains for us to realise which of the Seven Paths is our own and the rest falls into place. For myself, I have been on this Path of pure, unadulterated white light of the Fourth Ray, since the dawn of time. Many signs lined up as pieces of the puzzle, it merely remained for me to connect them together to rediscover my Purpose and the Way ❤

I was told when I was very young, that my path of Karma was almost complete, but I had the biggest lesson of all to learn…that of Love. From the time of childhood, I have been fully aware and in contact with one of my Guardian Angels, but it was not until later that I met the second of the two. His presence was of a higher frequency, and I was not able to access his love and teachings until my own frequency had risen sufficiently. He is Archangel Chamuel, the Archangel of Love responsible for the opening and blossoming of the heart chakra.  He works in concert with the Ascended master Serapis Bey, one of the Brotherhood of Light and the Master of Ascension.

Serapis Bey himself, has had many exalted incarnations upon Earth most of which were in Ancient Egypt, as Imhotep the great architect responsible for the design and building of the step pyramids at Saqqara and the Temples of Karnak and Luxor.  His temple remains at Luxor to this day. He incarnated as Amenhotep III and later as Leonidas the King of Sparta, the warrior leader responsible for the mighty battle of the 300 against Darius of Persia. His Path is one of pure white Light and discipline. He works in concert with Chamuel and the Seraphim, the highest order of the Angelic hosts. He is responsible for the Ascension of all.

I knew of Chamuel and his influence in my life, but I did not know of his connection with Serapis Bey when I first went to Egypt.  This is home for me, if such could be said of any place upon this Earth. I spent much time in my first trip at Cairo and at the Great Pyramids. I went at the time of the Arab Spring, when revolution was brewing hot on the streets of Cairo and tanks were rolling through Tahrir Square. Yet strangely, as a woman travelling on her own, I never felt safer.

There were no tourists and I had the Great Pyramids and Sphinx totally to myself. Hours upon hours to sit and meditate in the Ascension Chamber undisturbed.  This of itself was a miracle, for not many can say they have had one of the Seven Wonders of the world to themselves ❤ My soul birth star is Mintaka, the third star of Orion’s Belt and to spend time aligned with my soul star beginning was very special. But more dramatic results awaited me.

I fell ill, very ill, the evening after spending the day in the Ascension Chamber. My body purging itself of cumulative toxins and a week later I was hovering on the brink of death through dehydration, despite my best efforts to carry on as usual.  My past, my karma, all density, negativity and that which did not serve my highest purpose was being released from my very cells. They were replaced by blessed water, light and love ❤

Still unaware of my Path of the Fourth Ray, I was compelled to visit Egypt again. So, as always I followed my heart. This time the Step pyramids at Saqqara called me.  Once again, I was alone marvelling at the wonder of the architecture and carvings that to me exceed the beauty of those at Giza. The guide opened chambers normally denied to the public and I went inside the pyramid, even though this area was off limits. I felt peace and connection flowing through me; a great happiness and joy.

In my intervening time, I continued to do the work of a Lightworker and meditate and continue my spiritual practice. It was during one such meditation, that Serapis Bey’s name became known to me. Bells rang and it was as if the heavens sang for me.  I began to regularly send him love and greetings each day…walking each footstep and chanting his name as a mantra. Incredible joy uplifted me with each step. I then researched him and discovered that he had built my beloved pyramids at Saqqara.

Then three months ago, I had a dream. I was being called to Luxor. The compulsion was so strong, it was all I could do to not book a flight at that very moment.  Go NOW! was the message.  But as daily life would have it, I did not have holiday until December.

Again in October, Egypt became the tourist persona non grata, as a flight was shot down by an extremist group targeting Russian tourists.  I sat back and simply affirmed that all would be well. I flew to Luxor with no problems and again had the Temple of Karnak and Luxor Temple to myself.

It was not until the day after my pigrimage to the Temple at Luxor, that the reason for my calling became known. I had stepped through the Gateway to a higher consciousness. I was filled with golden, white light…an incredible expansive presence that watched me, weighed me and judged my reactions. I felt calm and serene and simply basked in the incredible energy, with no attachment to outcomes. I asked how may I serve? In this, I am certain my answer will come sooner rather than later.

I synchronously connected with some dear soulmates, and can feel that they are integral to the evolution of my true calling…so I watch this space with great joy and anticipation. A great love has declared himself, whose fire burns brighter than a nova and the sun shines in and of  me every day. So bring it, 2016! I AM on my Path and am devoted to serve with my utmost Love.

Follow your hearts for your soul knows the Way ❤

So very much LOVE 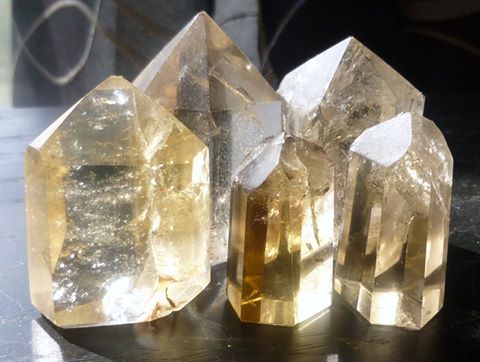 I AM the Chohan Serapis Bey

I AM the warrior Master of the Fourth Ray

My wisdom is of the Ages

the knowledge of the purest flame

burns within with Source white fire

speaks of Love that peels away

all that is not of the spirit

To love, to serve, to ever ascend

the beauty of the Light and Soul

And so it is without an end

When you are ready…the Master comes ❤ 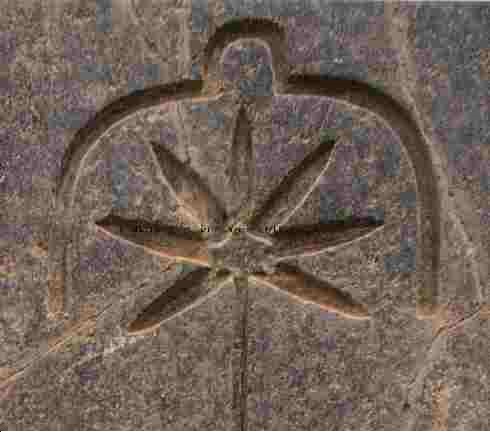 My walk is done

this pilgrimage, this homage to

the vista clear and golden before me

to serve the highest calling

You are greater than you can imagine ❤

It has been a long time since I have written any of my thoughts down, here in my smelting room of the soul.  My reasons have been that I have been germinating…walking the walk, and undertaking the work to release and heal. An intensely personal journey, so profound, beautiful and painful, I could not bear to bring it to the page and express it.

So what has been the result of this period of abstinence from my writing?

Magic…My life has become richer, fuller, more joyous and complete.  My tribe grows with each passing day and beauty is my path. Angelic choirs sing me to sleep and leave endless love and comfort in their wake.

I greet you now, standing just outside the doorway to a major transformation.  The veil is so thin, as to almost be transparent in places.  I am being called again to stretch and grow…grow so much that I AM not certain I shall even be recognisable.

Many times, I have been called to Egypt in the past year, unaware at the time of the significance of my journeys and why I was even there. I simply followed my heart to synchronicity after synchronicity. Even now, the implications of my last soul wanderings to this beautiful country are still being revealed.

The timings of my last trip took me to Giza and Saqqara at a time when no other tourists dared venture there. I spent an hour alone in the Ascension Chamber of the Great Pyramid and had the step pyramids of Saqqara completely to myself. These were miracles in and of themselves…to be present alone with some of the greatest wonders of the world. But, more transpired there than even my limited self could imagine.

Again, I am called to travel to Egypt at a time when many fear to do so, but I know it is the right thing to do.  My soul is filled with an elated sense of anticipation…my time has come to step in and up to my Higher Calling. I am following my heart, my intuition, my gut…with a full knowing that I will never be the same.

Take that leap of faith, my dears.  ‘What if’ should never be the refrain of the soul ❤ 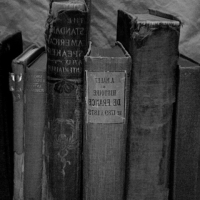 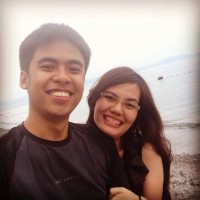 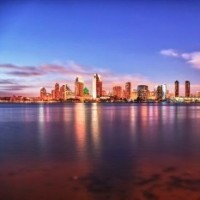 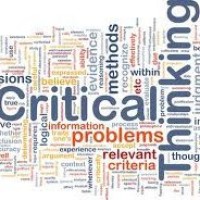 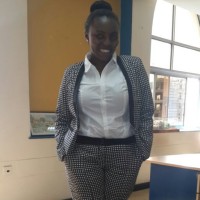 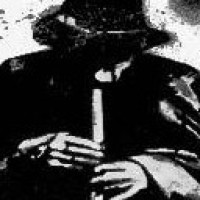 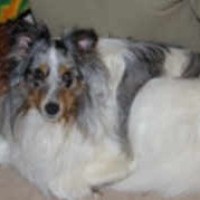 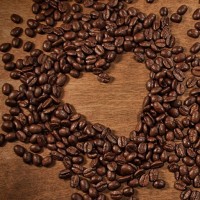 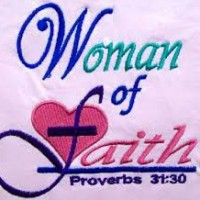 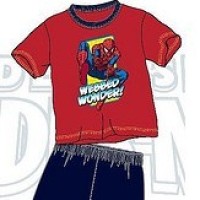 For a world full of love & without speciesism, x

Adventures with the World in Relationship

Poetry, Travels, Sketches, Writings and a Sip of Inspiration with Passion.

Top 10 of Anything and Everything - The Fun Top Ten Blog

something clever should go here

Be Smart. Be Strong. Be Fierce.

My art is the child of my imagination!

A blog by Dr. Abhinav Majumder

by po'E.T. and the colors of pi

Devotionals on A COURSE IN MIRACLES, A COURSE OF LOVE, THE WAY OF MASTERY, CHOOSE ONLY LOVE, and MIRARI . . .with Celia Hales

A blog full of humorous and poignant observations.

The official page of the artist created to host the project 'CUT OFF'.

Sowing Seeds for the Kingdom

A Veil of Innocence

Thoughts Of A Tatted Bitch

Welcome to life with Me

The immeasurable terrors of her mind...

So, I Read This Book Today

Editing, Proofreading, Reviewing and Other Stuff

Part time actor, aspiring writer of poetry and prose and full-time idiot with a heart.

('cause caffeine is known to solve problems of the world)

Reflections on the Soul Journey and Purpose

inspiration1111
BE A WOMAN OF FAITH

Charm is deceptive, and beauty is fleeting, but a woman who fears the Lord is to be praised." -Proverbs 31:30

Happiness is a state of mind. It's that overwhelming sensation that everything is going to work out.

A Life's Worth of Observations from a Songwriter and Sound Engineer